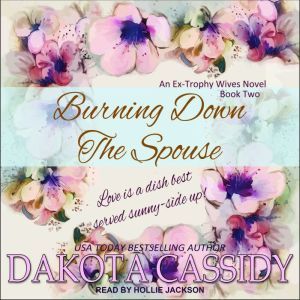 Burning Down the Spouse

If you can't take the heat, get out of the kitchen...the latest from national bestselling author Dakota Cassidy!

After discovering that her famous chef husband was cheating, Frankie Bennett lost her mind-on live TV. Now Frankie is broke, unemployed, and hiding out in her aunt's retirement village. That is, until Maxine Henderson-Barker-reformed trophy wife and owner of Trophy Jobs Inc. employment agency-arrives to give Frankie a much needed kick in the pants.

Soon, Frankie lands a job as a prep chef at a Greek diner in New Jersey, home to the world's best meatloaf and an owner who resembles an exquisitely chiseled Greek statue. Falling into bed with Nikos isn't the best idea, but after years of living in a man's shadow, this ex- trophy wife is ready to get busy cooking... 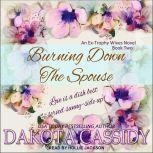 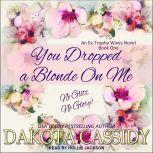 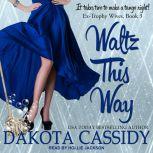 Burning Down the Spouse
Ex-Trophy Wives #2

You Dropped a Blonde On Me
Ex-Trophy Wives #1