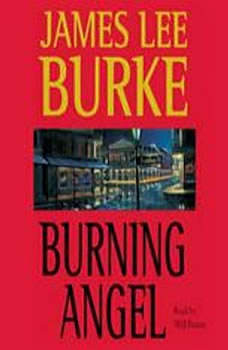 A BRUTAL LEGACY OF CRUELTY AND HATE IS AWAKENED IN THE BAYOUWhen Sonny Boy Marsallus returns to New Iberia after fleeingfor Central America to avoid the wrath of the powerful Giacanafamily, his old troubles soon follow. Meanwhile DaveRobicheaux becomes entangled in the affairs of the Fontenotfamily, descendants of sharecroppers whose matriarch helpedraise Dave as a child. They are in danger of losing the landthey've lived on for more than a century.As Dave tries to discover who wants the land so badly, he findshimself in increasing peril from a lethal, rag tag alliance oflocal mobsters and a hired assassin with a shady past. Andwhen a seemingly innocent woman is brutally murdered, allroads intersect, and Sonny Boy is in the middle.With the usual James Lee Burke combination of brilliantaction and unforgettable characters, Burning Angel isthe author at his best -- showing that old hatreds and newones are not that far apart.