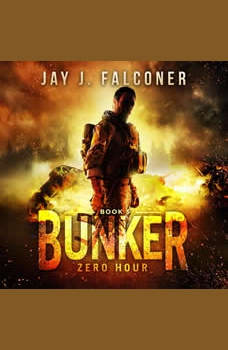 One Man. One Mission. One Epic Battle.

Jack Bunker is back in the next explosive chapter of the Amazon Best-Selling Series.

The insurgents are dug in and ready for war. To them, it’s about guns, guts, and glory.

For Bunker, the flag and freedom are paramount. He’s prepared to fight, despite their overwhelming firepower.

As the final confrontation nears, Bunker knows death comes with it.

Some will perish so others can live.

But in the end, who will stand atop the rubble to claim victory and will there be anything left worth protecting?

Prepare yourself for an ending so shocking it will leave you breathless.

Order your copy today! You won’t believe what happens.

Book 5 of 5 in the Mission Critical Series. A 5-part completed serial.