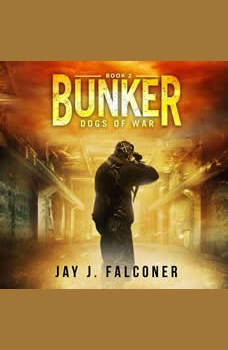 Those Who Resist, Triumph. Those Who Kneel, Serve.

When a covert communication is intercepted, Jack Bunker and the town leaders of Clearwater swing into action to uncover the secret behind its deadly intent.

However, before their defenses can be fortified and the threat neutralized, a ruthless faction gains a foothold, turning to kidnapping and torture for control.

As the body count rises, Bunker is forced to summon a part of himself he loathes in order to save everyone he cares about.

But rescuing his friends won’t be easy, not when the insurgents focus their attention on him and his mysterious past.

Audiobook 2 in the Mission Critical Series. A 5-part completed serial.