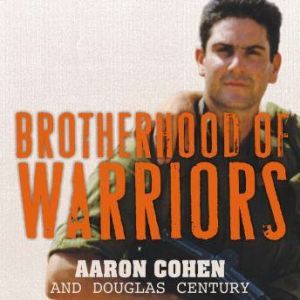 Brotherhood of Warriors: Behind Enemy Lines with a Commando in One of the World's Most Elite Counterterrorism Units

Beverly Hills native Aaron Cohen was eighteen years old when he left behind his privileged American life with the single-minded ambition of joining Israel's top anti-terrorist commando unit. After fifteen months of grueling training, Cohen was offered the only post a non-Israeli can hold: a top-secret, highly controversial unit that dispatches operatives disguised as Arabs into the Palestinian-controlled West Bank to abduct Hamas leaders and bring them to Israel for trial. Cohen learned flawless Arabic, lost all semblance of his all-American appearance, and participated in countless life-or-death missions. A propulsive, gripping read, Cohen's story is a rare fly-on-the-wall view into the shadowy world of "Black Ops."