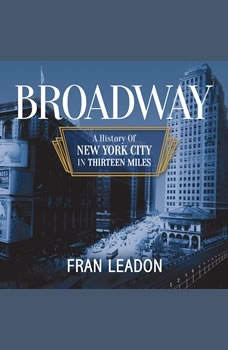 Broadway: A History of New York City in Thirteen Miles

From John Strausbaugh, author of City of Sedition and The Village, comes the definitive history of Gotham during the World War II era. New York City during World War II wasn't just a place of servicemen, politicians, heroes, G.I. Joes and Rosie the...