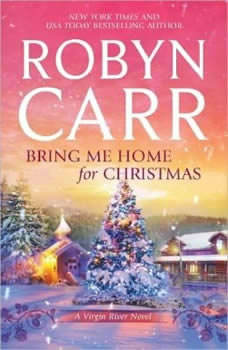 Bring Me Home For Christmas

RITA award winner Robyn Carr’s Virgin River novels are beloved by countless fans. This newest edition to Carr’s wholesome series will have listeners eagerly following each word as a new romance unfolds in the magical town of Virgin River—this time, during the holidays.

Bring Me Home For Christmas
The Virgin River series #16