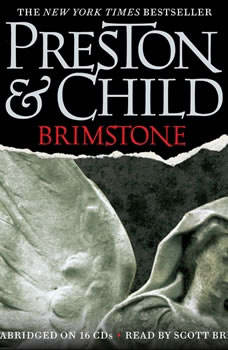 A body is found in the attic of a fabulous Long Island estate.There is a claw print scorched into the wall, and the stench of sulfur chokes the air.When FBI Special Agent Pendergast investigates the gruesome crime, he discovers that thirty years ago four men conjured something unspeakable.Has the devil come to claim his due?Some things can't be undone.

The Fallen Angel
by Daniel Silva

After narrowly surviving his last operation, Gabriel Allon, the wayward son of Israeli intelligence, has taken refuge behind the walls of the Vatican, where he is restoring one of Caravaggio's greatest masterpieces. But early one morning he is summ...

story is a page turner. A good book for female or male readers.