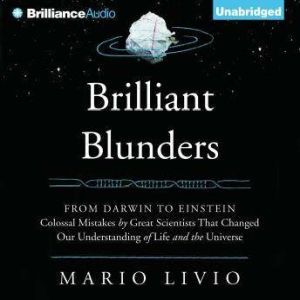 Brilliant Blunders: From Darwin to Einstein - Colossal Mistakes by Great Scientists That Changed Our Understanding of Life and the Universe

We all make mistakes. Nobody’s perfect. Not even some of the greatest geniuses in history, as Mario Livio tells us in this marvelous story of scientific error and breakthrough. Charles Darwin, William Thomson (Lord Kelvin), Linus Pauling, Fred Hoyle, and Albert Einstein were all brilliant scientists. Each made groundbreaking contributions to his field — but each also stumbled badly. Darwin’s theory of natural selection shouldn’t have worked, according to the prevailing beliefs of his time. Not until Gregor Mendel’s work was known would there be a mechanism to explain natural selection. How could Darwin be both wrong and right? Lord Kelvin, Britain’s leading scientific intellect at the time, gravely miscalculated the age of the earth. Linus Pauling, the world’s premier chemist (who would win the Nobel Prize in chemistry) constructed an erroneous model for DNA in his haste to beat the competition to publication. Astrophysicist Fred Hoyle dismissed the idea of a “Big Bang” origin to the universe (ironically, the caustic name he gave to this event endured long after his erroneous objections were disproven). And Albert Einstein, whose name is synonymous with genius, speculated incorrectly about the forces that hold the universe in equilibrium — and that speculation opened the door to brilliant conceptual leaps. These five scientists expanded our knowledge of life on earth, the evolution of the earth itself, and the evolution of the universe, despite and because of their errors. As Mario Livio luminously explains, the scientific process advances through error. Mistakes are essential to progress. Brilliant Blunders is a singular tour through the world of science and scientific achievement — and a wonderfully insightful examination of the psychology of five fascinating scientists. 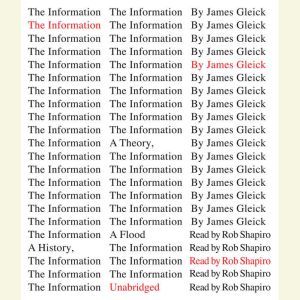 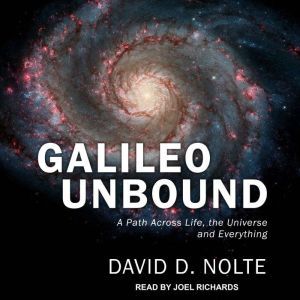