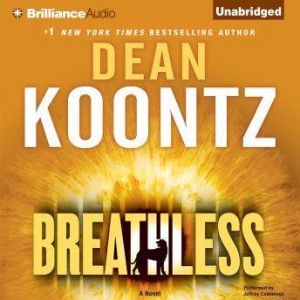 In the stillness of a golden September afternoon, deep in the wilderness of the Rockies, a solitary craftsman, Grady Adams, and his magnificent Irish wolfhound, Merlin, step from shadow into light…and into an encounter with enchantment. That night, through the trees, under the moon, a pair of singular animals will watch Grady’s isolated home, waiting to make their approach.A few miles away, Camillia Rivers, a local veterinarian, begins to unravel the threads of a puzzle that will bring to her door all the forces of a government in peril.At a nearby farm, long-estranged identical twins come together to begin a descent into darkness…. In Las Vegas, a specialist in chaos theory probes the boundaries of the unknowable…. On a Seattle golf course, two men make matter-of-fact arrangements for murder…. Along a highway by the sea, a vagrant scarred by the past begins a trek toward his destiny.In a novel that is at once wholly of our time and timeless, fearless and funny, Dean Koontz takes listeners into the moment between one turn of the world and the next, across the border between knowing and mystery. It is a journey that will leave all who take it Breathless.

I loved this book. Something new from Koontz that is refreshing and momentous.