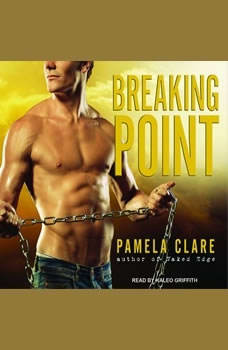 Denver journalist Natalie Benoit and Deputy U.S. Marshal Zach McBride find themselves captives of a bloodthirsty Mexican drug cartel. Working together, they escape through the desert toward the border, the attraction between them flaring hotter than the Sonoran sun. They fight to stay ahead of the danger that hunts them as forces more powerful than they can imagine conspire to destroy them both...

Fire and Ice
by Julie Garwood

Sophie Rose, a tough and determined newspaper reporter, is the daughter of Bobby Rose, a suave, charming, and handsome gentleman who also happens to be a notorious big-time thief sought by every law-enforcement agency in the country. When the major ...

Against the Wind
by Kat Martin

Veil of Night
by Linda Howard

Jaclyn Wilde is a wedding planner who loves her job—usually. But helping Carrie Edwards with her Big Day has been an unrelenting nightmare. Carrie is a bridezilla of mythic nastiness, a diva whose tantrums are just about as crazy as her ...