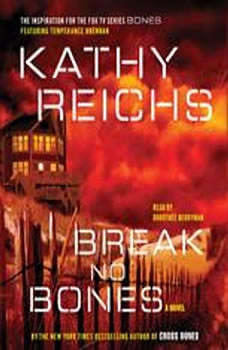 TEMPERENCE BRENNAN RETURNS...IN A SMART, TAUT THRILLER FROM THE BESTSELLING AUTHOR OF CROSS BONES The inspiration for the hit Fox series Bones, Kathy Reichs explores another high-stakes crime from today's headlines-in a case that lands forensic anthropologist Tempe Brennan in the middle of a gruesome international scheme. Summoned to South Carolina to fill in for a negligent colleague, Tempe is stuck teaching at a lackluster archeology field school in the ruins of a Native American burial ground on the Charleston shore. But when Tempe stumbles upon a fresh skeleton among the ancient bones, her old friend Emma Rousseau, the local coroner, persuades Tempe to stay on and help with the investigation. When Emma reveals a disturbing secret, it becomes more important than ever for Tempe to help her friend close the case. The body count begins to climb. Tempe follows the trail to a free street clinic with a belligerent staff, a suspicious doctor, and a donor who is a charismatic televangelist. Clues abound in the most unlikely places as Tempe uses her unique knowledge and skills to build her case, even as the local sheriff remains dubious and her own life is threatened.