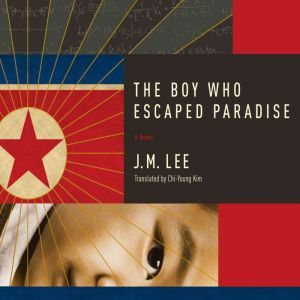 Boy Who Escaped Paradise, The: A Novel

An unidentified body is discovered in New York City, with numbers and symbols written in blood near the corpse. Gilmo, a North Korean national who interprets the world through numbers, formulas, and mathematical theories, is arrested on the spot. Angela, a CIA operative, is assigned to gain his trust and access his unique thought-process. The enigmatic Gilmo used to have a quiet life back in Pyongyang. But when his father, a preeminent doctor, is discovered to be a secret Christian, he is subsequently incarcerated along with Gilmo, in a political prison overseen by a harsh, cruel warden. There, Gilmo meets the spirited Yeong-ae, who becomes his only friend. When Yeong-ae manages to escape, Gilmo flees to track her down. He uses his peculiar gifts to navigate betrayal and the criminal underworld of east Asiaa world wholly alien to everything he's ever known. In The Boy Who Escaped Paradise, celebrated author J. M. Lee delves into a hidden world filled with vivid characters trapped by ideology, greed, and despair. Gilmo's saga forces the listener to question the line between good and evil, truth and falsehood, captivity and freedom.