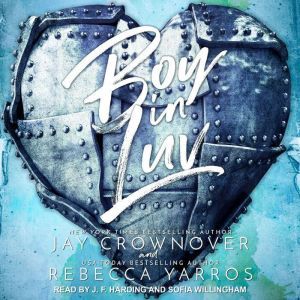 Distance sure as hell made his heart grow fonder . . . But it shattered hers into a million pieces. Langley Vaughn knows she's never going to make the same mistake again. Who falls head over heels in love in a week? Langley did, and she's regretted it every day since she handed her heart to a boy with too many secrets and too much baggage. Iker doesn't fit into Langley's world, and he made it clear he doesn't want to. He left before she even got a chance to try and change his mind. Langley's spent the last nine months healing her heart and making big plans for the future. Plans that absolutely don't include Iker... even though he's back, looking better than ever, and saying all the right things. Iker Alvarez knows he made the biggest mistake of his life. As soon as Iker walked away from Langley, claiming it was for her own good, he knew he screwed up. He left her so she wouldn't worry about him when he deployed, so she wouldn't waste her time waiting around for a guy who was never going to be good enough for her. Only, nine months and a deployment later, Iker still can't get Langley out of his head. Contains mature themes.