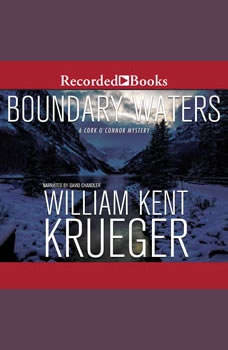 Drawing strong comparisons to the work of James Lee Burke and Tony Hillerman, William Kent Krueger’s Cork O’Connor mysteries never fail to please fans. Here Cork joins the search for a country-western singer who has disappeared in the wilderness along the American/Canadian border.

Jack Reacher visits a town without pity in the first novel in Lee Child’s New York Times bestselling series.Ex-military policeman Jack Reacher is a drifter. He’s just passing through Margrave, Georgia, and in less than an hour, he’...

William Kent Krueger is the award-winning author of the popular Cork O’Connor mysteries. In Purgatory Ridge, Krueger crafts a riveting tale which has ex-sheriff O’Connor on the case after a heated town debate turns deadly. The local Ani...

Anthony Award-winning author William Kent Krueger crafts this riveting tale about a small Minnesota town’s ex-sheriff who is having trouble retiring his badge. Cork O’Connor loses his job after being blamed for a tragedy on the local An...