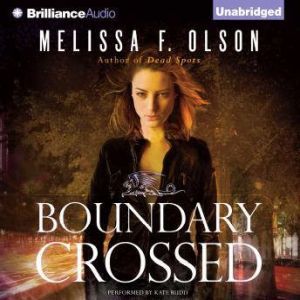 After her twin sister’s brutal death, former US Army Sergeant Allison “Lex” Luther vowed to protect her niece, Charlie, from every possible danger. Then when two vampires attempted to kidnap the child, it quickly turned into a fight to the death—Lex’s death, that is.Lex wakes up to two shocking discoveries: she has somehow survived the fight; and baby Charlie is a “null,” gifted with the ability to weaken supernatural forces…and a target for evil creatures who want to control that power. Determined to guarantee a safe future for Charlie, Lex makes a deal with the local coven. She sets out with the dashing—and undead—Detective Quinn to track down who’s responsible for the kidnapping, sharpening her magic skills along the way. But the closer she gets to the truth, the more dangerous her powers become, threatening to destroy everything—including herself.Boundary Crossed is a dark, thrilling glimpse into a magical world that will leave readers spellbound.