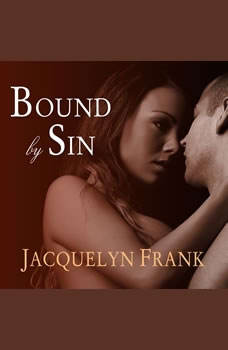 After being chained to a star to burn endlessly as punishment for stealing immortality from the gods, Jaykun has been unshackled to wage war alongside his brothers. But his freedom comes with a price: each night Jaykun must still suffer—his body burning from the inside out. One early morning, recovering from his torment, he encounters a beautiful stranger on the beach. Naked from her midnight-black hair to her sandy toes, she approaches him with starry-eyed innocence and the unmistakably full body of a woman. Soon Jaykun is swept up with the force of a comet, his desire for this woman hotter than any sun. His brothers fear he is blinded by her radiant beauty, and that she has been sent by their enemies to seduce and destroy him. Jileana is indeed from another world—one Jaykun cannot begin to imagine. But will their passion burn brightly enough to light the way through the darkness that threatens to consume all in its path?

Devoured by Darkness
by Alexandra Ivy

Tane is a Charon, sworn to hunt and kill rogue vampires. His new assignment seems like a waste of his talents—until he catches up with the jinn he's been sent to capture. Half human, half demon, Laylah has a vulnerable streak that strikes righ...

Cursed by Ice
by Jacquelyn Frank

As punishment for plotting with his brothers to steal immortality, Garreth is suffering a freezing torment until the end of time. Again and again, his fierce fighter's physique is frozen into a chiseled ice sculpture, his heart hardening like a diam...

They are the outcasts of humanity. Blessed with power. Cursed by fate. Driven by passion. The Sentinels have returned. . .At six-foot-three and two-hundred-fifty pounds, Fane is a natural born guardian. A flawless mix of muscled perfection and steel...