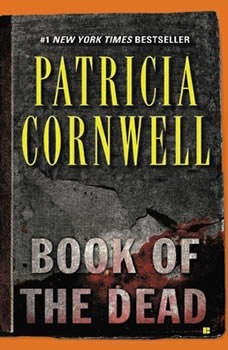 Book of the Dead

The new Kay Scarpetta novel from the world's #1 bestselling crime writer. Determined to find out what happened to her former deputy chief, Jack Fielding, murdered six months earlier, Kay Scarpetta travels to the Georgia Prison for Women, where a...

The Reversal
by Michael Connelly

Longtime defense attorney Mickey Haller is recruited to change stripes and prosecute the high-profile retrial of a brutal child murder. After 24 years in prison, convicted killer Jason Jessup has been exonerated by new DNA evidence. Haller is convi...

I 'm glad I didn't buy this book. If you make it past the first 4 cd's then the book gets some better. At times the books is hard to follow because the charactors talk about some one and just he or she. Cornwell repeats her self many times in the book, It's like she is trying to generate words.Cornwell never says why the tennis was killed. and the big thing is she never says what became of pet.

I have enjoyed all of the Cornwell books that have had Dr. Kay Scarpetta in them, but this one was something else. It was very disjointed. It did not follow well. The book skipped around from one scene to the next. I thought once I must have the wrong CD in becuase it skipped from someone being attacked to Kay getting someone out of jail just like that. It also doesn't finish up and tell you what becomes of one of the main characters in the book. If you are a follower of the series it would be worth listening it to it so with the hopes that the next one will be better. If the next one isn't better I will probably be done with this series. Maybe it is time she moves on to other characters, but please tell us what happens to Marino.

I have been a fan of Patricia Cornwell for years, but this one was lacking in several areas. Too many plotlines in the story were just abruptly wrapped up without really explaining how issues were resolved or why things happened. I think she tried to put too much into the story so she had to wrap everything up far too quickly. Then, we are left hanging at the end as to what happens to Marino! I'm glad I rented this one instead of buying it.

I love Patricia Cornwell and her series on Dr. Kay. I can't wait to get in my car to turn it on to see what's going to happen next. Getting to the end to find out who done it is breathless! Great book on tape!!