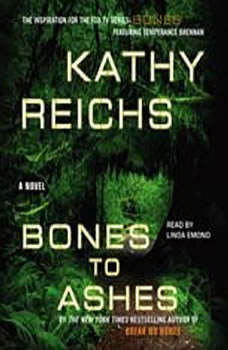 When the skeleton of a young girl, not yet a teenager, is discovered in Acadia, Canada, Tempe Brennan is reminded of Evangelina, her best friend in her preteen years, who was mysteriously taken away when she was twelve. Evangelina was from the strange and faraway place, Acadia. She was named after Evangeline in the Longfellow poem, and loved poetry. Tempe found her exotic and glamorous, and then suddenly she was gone, and Tempe was told not to try to find her, that she was "dangerous."Though Tempe tries to be rational, she is flooded by memories of her best friend, and wonders whether this skeleton, clearly of a girl who's been dead for decades, could possibly be Evangelina's. At the same time, Tempe's love interest, Ryan, is investigating the deaths of two young girls and the disappearance of another three. Are the cases related? Tempe uses the most recent advances in forensic linguistics to identify the old skeleton, while Ryan investigates the possibility of some kind of serial predator at work now. This is a riveting, intensely suspenseful story from the astonishing Kathy Reichs.