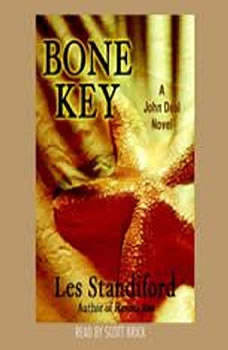 In 1931, a storm passes through the Florida straits, soon followed by a devastating explosion aboard a freighter, The Magdalena. Decades later, John Deal, the brooding real-estate developer and hero of eight previous Standiford mysteries, is traveling to Key West to talk over a prospective project with an old friend of his father's, the wealthy entrepreneur Franklin Stone. En route, Deal stops to help a young black man being harassed by police officers on a lonely beach road. Two days later, the young man turns up in Deal's hotel room - dead and clutching a label from a bottle of rare vintage wine, 1929, worth thousands of dollars. As Deal finds out, while trying to save his own life, past and present collide in this mystery where all answers point to a seventy-year-old tale of piracy and murder, and where a former girlfriend suddenly appears for reasons only she knows.

"The action moves so quickly that each scene is like a little gasp for breath. There is art to it, and Standiford makes it look easy." (The New York Times)