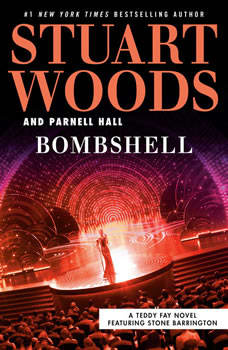 Teddy Fay is back in Hollywood and caught in two tricky situations. First, a rising star at Centurion becomes the target of malicious gossip, and Teddy must find and neutralize the source before the situation gets out of hand--or becomes violent. At the same time, Teddy finds himself targeted by a criminal thug bearing a grudge.

It's a lot of knives to juggle, even for a former-CIA-operative-turned-movie-producer accustomed to hazardous working conditions. This time Teddy will need to leverage every bit of his undercover skills and fearless daring to stay one step ahead of his foes . . . or he'll find himself one foot in the grave.