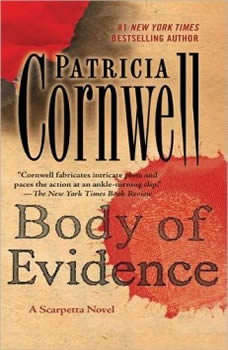 Late one night Beryl Madison turns off her burglar alarm, puts down her gun and opens her door to the man who has stalked and terrorized her for months. Hours later, her brutally mutilated body lies in the city morgue. As Scarpetta begins searching for the microscopic clues to the killer’s identity, one question keeps nagging her: why did Beryl let him in?

Body of Evidence
A Scarpetta Novel #2