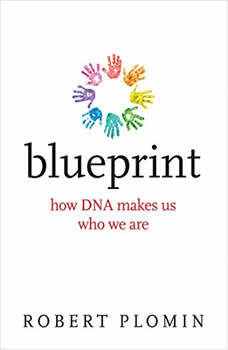 Blueprint: How DNA Makes Us Who We Are

A top behavioral geneticist makes the case that DNA inherited from our parents at the moment of conception can predict our psychological strengths and weaknesses.In Blueprint, behavioral geneticist Robert Plomin describes how the DNA revolution has made DNA personal by giving us the power to predict our psychological strengths and weaknesses from birth. A century of genetic research shows that DNA differences inherited from our parents are the consistent life-long sources of our psychological individuality―the blueprint that makes us who we are. This, says Plomin, is a game-changer. It calls for a radical rethinking of what makes us who were are.Plomin has been working on these issues for almost fifty years, conducting longitudinal studies of twins and adoptees. He reports that genetics explains more of the psychological differences among people than all other factors combined. Genetics accounts for fifty percent of psychological differences―not just mental health and school achievement, but all psychological traits, from personality to intellectual abilities. Nature defeats nurture by a landslide.Plomin explores the implications of this, drawing some provocative conclusions―among them that parenting styles don't really affect children's outcomes once genetics is taken into effect. Neither tiger mothers nor attachment parenting affects children's ability to get into Harvard. After describing why DNA matters, Plomin explains what DNA does, offering readers a unique insider's view of the exciting synergies that came from combining genetics and psychology.