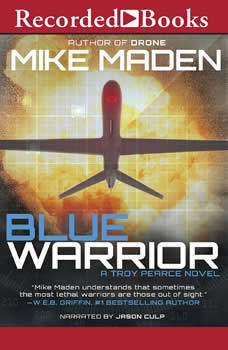 A brutal conflict in Mali and an international race for rare elements sets the stage for Troy Pearce and his drone technology to rescue an old friend in this adrenaline-fueled series. Blue Warrior is set in the remote Sahara Desert, where a recently discovered deposit of strategically indispensable Rare Earth Elements (REEs) ignites an international rush to secure them. Standing in the way are the Tuaregs, the fierce tribe of warrior nomads of the desert wasteland, who are fighting for their independence. The Chinese offer to help the Malian government crush the rebellion by the Tuaregs in order to gain a foothold in the area, and Al-Qaeda jihadis join the fight. In the midst of all this chaos are Troy Pearces closest friend and a mysterious woman from his past who ask him for help. Deploying his team and his newest drones to rescue his friends and save the rebellion, Troy finds that he might need more than technology to survive the battle and root out the real puppet masters behind the Tuareg genocide.