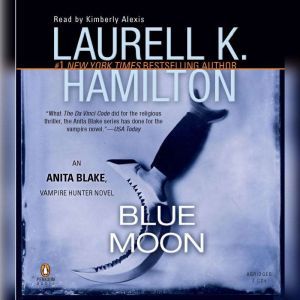 “With a heroine as sharp as a stake and slick as a silver bullet, Laurell K. Hamilton sucks you into her fascinating world like a vampire’s kiss.”—J. D. Robb

Danger makes the world go ‘round in Laurell K. Hamilton’s bestselling novels. Just ask Anita Blake, vampire hunter. Right now, her problems lie with her ex-fiancé—a werewolf who just got arrested on an assault charge. His guilt or innocence is not the issue. The fact that there’s a full moon on the rise is. . . .

skip to the 8th book in the series. anita's still struggling with her prudishness. very interesting about all the lycanthropes. plus, you've got the adventure of saving someone in there too, and dealing with local hillbilly type personas, as they move from their usual city venue in this book. anita's powers are growing...

I’ve been slowly picking away at the Anita Blake series. This book had lots of villains, or enemies of Anita. It seemed that no one liked her in this book, or if they were her friend, she alienated them at some point. I’m not sure if the numerous villains were to add suspense which it only made more confusing, or to throw us off of the main villain which it didn’t. I was sad to see Richard’s family get dragged into their world, I liked the wholesomeness of him and them. Richard had become very whinny, but it seemed Jean-Claude had that role in this book, what little there was of him. Asher is a great character and I hope to read more about him. 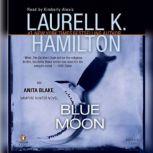