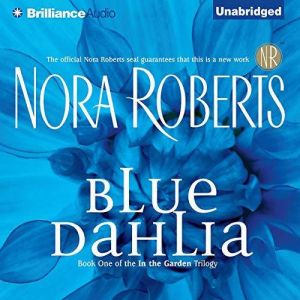 Series: In the Garden Series #1

From #1 New York Times bestselling author Nora Roberts comes the first novel of the In the Garden trilogy. Against the backdrop of a house steeped in history and a thriving new gardening business, three women unearth the memories of the past and uncover a dangerous secret. Blue Dahlia A Harper has always lived at Harper House, the centuries-old mansion just outside of Memphis. And for as long as anyone alive remembers, the ghostly Harper Bride has walked the halls, singing lullabies at night… Trying to escape the ghosts of the past, young widow Stella Rothchild, along with her two energetic little boys, has moved back to her roots in southern Tennessee — and into her new life at Harper House and the In the Garden nursery. She isn’t intimidated by the house — nor by its mistress, local legend Roz Harper. Despite a reputation for being difficult, Roz has been nothing but kind to Stella, offering her a comfortable new place to live and a challenging new job as manager of the flourishing nursery. As Stella settles comfortably into her new life, she finds a nurturing friendship with Roz and with expectant mother Hayley. And she discovers a fierce attraction to ruggedly handsome landscaper Logan Kitridge. He’s difficult but honest, brash but considerate — and undeniably sexy. And for a sensible woman like Stella, he may be just what she needs…

The first of Nora Roberts’ “In the garden “ trilogy which I think is one of the best series she has written. This is Stella’s story and how she overcomes tragedy to find happiness with her complete opposite. The characters in the series are all introduced and the web of their lives is being spun including Amelia the family ghost. It is a great series and those who read BLUE DAHLIA have a real treat in store in the other two books. It is well worth the time to read all of them.

This installment of the In The Garden trilogy is to me the weakest of the three, but I do recommend to read this one and advance to the next two installments. The payoff is worth it.

I am not normally a big romance fiction fan - but this book really drew me in. Maybe because I love to garden. I found the characters sympathtic and am anxiously waiting for the other two books to arrive.

This was such a great start to the series. I love stories that have a ghost in them. I like the teeny feeling of being spooked. I want to start planting flowers now.

I tried this one a couple of times and didn't think I could get into it. A coworker kept telling me that the series was really good, so I tried it again. I wasn't disappointed. Good, intriguing story. Looking forward to the next installment. 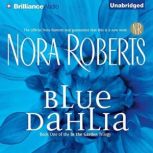 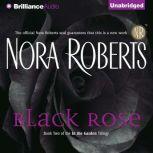 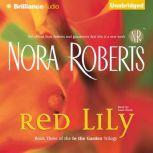