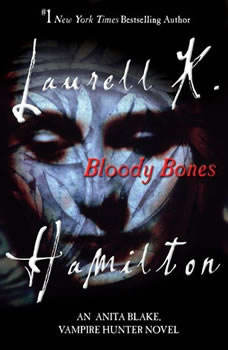 For the first time in trade paperback: the fifth novel in the #1 New York Times bestselling series.

When Branson, Missouri, is hit with a death wave? four unsolved murders?it doesn?t take an expert to realize that all is not well. But luckily for the locals, Anita Blake is an expert in the kinds of preternatural goings-on that have everyone spooked. And she?s got an ?in? with the creature that can make sense of the slayings??the sexy master vampire known as Jean-Claude.

This is one of the better books in the Anita Blake series. This was written before Anita started having sex with everybody.

Anita’s life is always action packed. When does she sleep or pee? This makes for a fast read, which I enjoy. I am lovin’ Larry as a sidekick. Keep standing your moral ground buddy. I liked the addition of feys as another supernatural force to be reckoned with. But what’s with all the uber old vamps running around Missouri. If Anita keeps fighting these oldies, only Jean-Claude will be left.