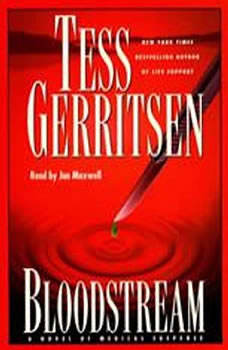 Bloodstream: A Novel of Medical Suspense

Lapped by he gentle waters of Locust Lake, the small resort town of Tranquility, Maine, seems like the perfect spot for Dr. Claire Elliot to shelter her adolescent son, Noah, from the distractions of the big city, and the lingering memory of his father's death. She's also hopeful that she can earn the trust of the town as she builds a new practice. But all her plans unravel with the news of a shocking incident: a teenage boy under her care has committed an appalling act of violence.Claire has stopped prescribing a controversial drug to the troubled boy, a decision that some in town now second-guess. But before she can defend herself, a rash of new teenage violence erupts in Tranquility, forcing Claire to perform increasingly risky emergency procedures. And when one of her patients dies, the town's panic turns to fury.Shaken by accusations, and fearful that Noah is now at risk, Claire desperately searches for a medical cause behind the murderous epidemic. She begins to suspect that the placid waters of Locust lake conceal a disturbing history, and an even greater threat: a shocking conspiracy to manipulate nature, and turn innocents to slaughter.Woven with the kind of action and detail only a doctor could deliver, and propelled by an expert sense of small-town terror, Bloodstream is Tess Gerritsen's most unforgettable thriller yet.