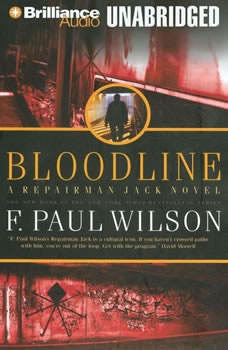 It starts off simply enough. (Doesn’t it always?) Jack has been on hiatus since the tragic events in Harbingers. With his beloved Gia’s encouragement he dips his toe back into the fix-it pool. Christy Pickering’s eighteen-year-old daughter is dating Jerry Bethlehem, a man twice her age. Christy sensed something shady and sinister about him, so she hired a private investigator to look into his past. But the PI isn’t returning her calls. Will Jack find out why? Jack learns there’s a very good reason for the unreturned calls: The PI is dead, victim of a bizarre water-torture murder. As Jack delves into Jerry Bethlehem’s past, he finds connections between Bethlehem and the Creighton Institute. The Institute, a government-funded facility, is researching a newly discovered and frightening variation on human DNA. Jack learns that Bethlehem is not the man he pretends to be. Who - and what - Jerry Bethlehem really is will have a devastating effect on Jack’s life and future. And as the bodies pile up, Jack finds another piece of the puzzle about his own identity and why he’s been drafted into a cosmic shadow war.

I hadn't read a Repairman Jack book before and I won't read another one. I just kept listening just knowing, with all the hype about this character, it was going to get better. The whole story is twisted but the end was a huge disappointment.