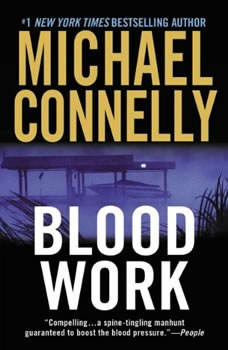 Thanks to a heart transplant, former FBI agent Terrell McCaleb is enjoying a quiet retirement, renovating the fishing boat he lives on in Los Angeles Harbor. But McCaleb's calm seas turn choppy when a story in the "What Happened To?" column of the LA Times brings him face-to-face with the sister of the woman whose heart now beats in his chest. From her, McCaleb learns a terrible truth: that the donor of his heart was not killed in an accident, as he'd been told, but was murdered.Wracked with guilt over the fact that he's alive because another human being was killed, McCaleb embarks on a private investigation of his donor's murder—a crime as horrific as anything he ever encountered as a serial killer investigator for the FBI.