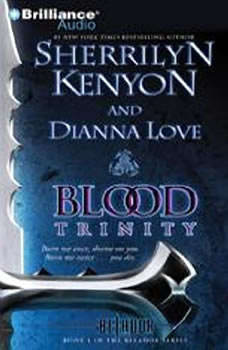 Atlanta has become the battlefield between human and demon. All her life, Evalle Kincaid has walked the line between the two. Her origins unknown, she’s on a quest to learn more about her past...and her future.When a demon claims a young woman in a terrifying attack and there’s no one else to blame, Evalle comes under suspicion. Now she’s on a deadly quest for her own survival. Through the sordid underground of an alternate Atlanta where nothing is as it seems to the front lines of the city, where her former allies have joined forces to hunt her, Evalle must prove her innocence or pay the ultimate price.But saving herself is the least of her problems if she doesn’t stop the coming apocalypse. The clock is ticking and Atlanta is about to catch fire....

For the first book in a series, the authors tried to introduce way too much information about characters and tribes. However, they didn't create enough reason for me to actually care about the characters or their missions and especially not to continue reading the series. To me, this story was never exciting. I feel no different finishing this book than I did starting it - it didn't draw me in, give me a hard time putting it down, or leave me hanging and waiting for the next installment. There are lots of huge holes left after finishing this book but I honestly don't care enough to read any subsequent books to find answers.This book has either love it or hate it reviews on Amazon, so definitely try it for yourself. For me, it was a huge waste of time and brain power.

I was hoping to enjoy this book and series. I was drawn in by the locale. Usually fun reading stories set in my hometown of Atlanta. Unfortunately, the city itself is not enough of a character to offset the million or so others the authors introduced without finding one to grab and hold my attention. Ive been hooked on Kenyons Dark Hunter series for years, but doubt Ill even seek out book 2 of this one. Its O K, but no more than that