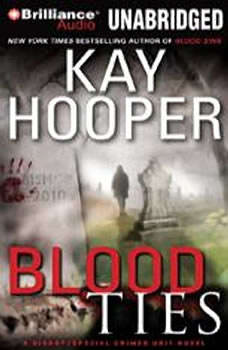 The elite Special Crimes Unit, the FBI’s most controversial and effective team, is a group of mavericks and misfits trained to use their unique psychic abilities to hunt the worst monsters imaginable – human ones. Led by the enigmatic Noah Bishop, the SCU team has earned a reputation for pitting their skills and cunning against killers that other cops fear. But this time Bishop and his agents face an enemy who has them in his sights, a trained sniper with a deadly plan — and more than one ace up his sleeve. It starts with an unspeakable series of grisly murders across three states, a trail of blood leading, finally, to the small Tennessee town of Serenade. There, two more brutal murders lure the SCU into what may be the ultimate trap. One of the first investigators on the scene, Special Agent Hollis Templeton is willing to push herself as hard and as far as necessary. Risking more than her life to help and protect her fellow SCU members, Hollis is coping with psychic abilities that are evolving in unprecedented ways, an attraction to the most complex man she’s ever known, and a serial murder investigation that has just turned very, very personal. In her time with the SCU, Hollis has shown an uncanny ability to survive even the most deadly attacks. But what she doesn’t count on is that this killer intends to destroy the team from within. The clock is ticking. The body count is rising. And as Bishop and his agents race to uncover the identity of their true enemy, not even their special senses can warn them just how bloody, and how terrifyingly close, the truth will be.

I love the Bishop special FBI series, it's like Xmen. Bishop is an agent with very strong psychic powers, especially when he joins forces with his wife Miranda, another agent. Together, they have formed a special unit within the FBI, where over the series of books, they find and recruit new people in who have incredible powers, including mind reading, talking with the dead, taking other people's powers, healing themselves and others…there's even one guy who's almost impossible to kill. Together they form to get the bad guys, usually serial killers who have powers too. I messed up a little with this book…it was the third in a trilogy within the series, and I had not read the rest of the trilogy yet. It also ties in with lots of other storylines from other trilogies within the series. We see a lot of the team's powers are changing and growing, and we get to learn who bishop and the team's arch nemesis is, who I didn’t even know existed since I didn't read the last 2 books. I'll still read them. This book was pretty sad. I feel like it might have been even sadder if read in order. It's violent, it's interesting, it's revelatory, and kind of a transition book in terms of how everyone is doing with their lives and powers. This is the author's newest book, so when the next one comes, I feel like she'll be ready to take it to another level. Awesome series.