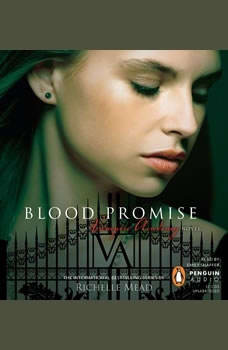 The recent Strigoi attack at St. Vladimir’s Academy was the deadliest ever in the school’s history, claiming the lives of Moroi students, teachers, and guardians alike. Even worse, the Strigoi took some of their victims with them . . . including Dimitri.

He’d rather die than be one of them, and now Rose must abandon her best friend, Lissa—the one she has sworn to protect no matter what—and keep the promise Dimitri begged her to make long ago. But with everything at stake, how can she possibly destroy the person she loves most?

The Indigo Spell
by Richelle Mead

Sydney Sage is an Alchemist, one of a group of humans who dabble in magic and serve to bridge the worlds of humans and vampires. They protect vampire secrets—and human lives.In the aftermath of a forbidden moment that rocked Sydney to her core...