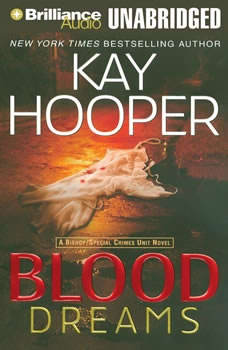 He’s the kind of killer we instinctively fear the most. A killer without boundaries, without conscience, without any fear of being caught. And his latest victim is terrifying proof that no one is safe: the daughter of a powerful U.S. senator.Now, with the national media calling for justice and a grief-stricken father seeking vengeance, Bishop and his FBI Special Crimes Unit find themselves in a unique situation. This time even psychic cops aren’t enough to stop evil. Aid comes in the form of a fledgling civilian organization of unorthodox crime stoppers. Operating outside of any government oversight, without sanction or official authority, they are comprised of a membership every bit as talented and eccentric as Bishop’s SCU—if not more so. And that is no coincidence. For Bishop helped launch this organization barely two years before.Dani Justice knows all about monsters. They haunt her nightmares—and her life. But she never expected to find herself doggedly on the trail of a real flesh-and-blood predator so cunning, he’s eluded the best law enforcement could send up against him; so deadly, he doesn’t hesitate to kill even a senator’s daughter. Or a cop.Dani doesn’t want to hunt this killer. She doesn’t want to risk the life she’s made for herself, or her hard-won peace. But she doesn’t have a choice. Because his bloody rampage has hit far too close to home. Because Dani alone commands a weapon powerful enough to destroy him.And because Dani knows something even Bishop doesn’t. Dani knows how the hunt ends. It ends in fire. And blood. And death.What she doesn’t know is who will survive.