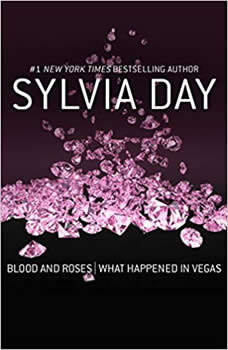 Blood and Roses & What Happened in Vegas

Blood and RosesWhen insurance investigator Anastasia Miller sets out to retrieve the rose-hued pink diamonds stolen in a recent heist, she finds herself working alongside former flame, deputy U.S. Marshal Jake Monroe—the man she loved enough to leave behind.What Happened in VegasIt happened in Vegas…A sizzling encounter that turned into a scorching biweekly affair. How he’d ended up in bed with a woman like Robin was still a mystery to Paul. One minute they were riding the same elevator and the next he was riding her, the attraction so fierce and immediate he couldn’t remember how they reached his room or even shed their clothes. But when Robin suggested they take their relationship to the next level, Paul panicked, prompting her to walk out on him with her head held high and his heart in her hands. Four months later, he’s got her in an elevator again, ready and willing, but with her emotions tucked safely away. He’s got one shot to prove that what happened in Vegas can happen anywhere in the world, for the rest of their lives.