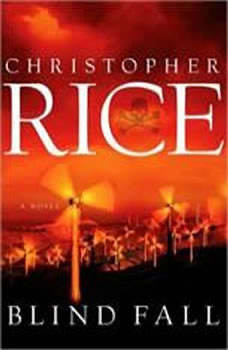 John Houck became a Marine to become a hero. But his life changed when he failed to notice an explosive device that ended up maiming the captain of his Force Recon Company, a respected Marine who nearly sacrificed himself to save John's life. Home from Iraq, John pays a visit to his former captain, only to discover the captain has been gruesomely murdered. John pursues a strange man he sees running from the scene, but he discovers that Alex Martin is not the murderer. Alex is, in fact, the former captain's secret male lover and the killer's intended next victim. When it becomes clear that local law enforcement has direct connections to the murder itself, John realizes that to repay his debt of honor, he must teach Alex Martin how to protect himself, even to kill. Blind Fall is a startling psychological thriller, a story of honor and integrity, of turning failure into victory -- and a stunning departure for three-time New York Times bestselling author Christopher Rice: the story of two men who must unite to avenge the death of the man they both loved -- one as a brother-in-arms, one as a lover.

The 5 reader reviews being shown on this page are almost perfectly bipolar: 1 star or 5. Perhaps this book holds up a mirror to many readers and some don't like what they see. None of the reviewers are commenting on the audiobook, so it is worth mentioning that Frederic Weller does an excellent job performing this story. It is a maddeningly complex story to listen to while driving, but it sure held my interest. Many of the plot's twists and turns were a surprise to me. I'm not sure what to make of Mr. Rice's outlook on life - it's certainly not a happy one, but that doesn't make it any less fascinating. If you're willing to make the effort to follow a fairly thick plot, you will be rewarded with excellent writing, pitch-perfect dialogue and a very exciting story.