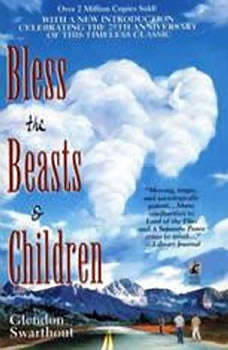 “Send Us A Boy. . . We’ll Send You A Cowboy!” is the slogan of the Box County Boy’s Camp. But for the nail-biters, thumb-suckers and teeth-grinders—the cast-away offspring of parents who are busy traveling, being divorced, remarrying, and garnering fortunes—it’s just another place to find rejection. The other campers and counselors pick upon them mercilessly, calling them “The Bedwetters.” But when a herd of buffalo is slaughtered before their eyes, they are galvanized into action. Their leader, Cotton, takes them on a fantastic mission to sneak out of camp and save the remaining buffalo—and, in the process, to save themselves. But as the raw red Arizona sun rises, they will discover the cost of their one grand moment of glory. . .