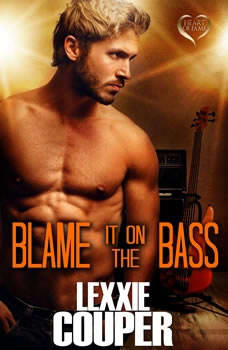 Blame it on the Bass

Can they mend his broken heart? Heart of Fame, Book 6. After a horrific accident robs rock legend Levi Levistan and his long-time partner, Corbin, of their dream of becoming parents, Levi is lost in a sea of grief. Until he runs into an old high school flame and their chemistry reignites. Corbin Smith is intent on bridging the chasm between their hearts. But witnessing his lover’s steamy onstage kiss with a woman jolts him to the core with sexual arousal. And he realizes the key to their healing is standing in Levi’s arms. As an erotic romance editor, nothing much unsettles Sonja Stone. She’s not even surprised at her body’s powerful reaction to Levi’s kiss. But when Corbin approaches them, eyes smoldering with hunger, his suggestion shakes her to the core. Sensing their unspoken wounds, Sonja agrees to take a chance on a threesome. Their union is explosively perfect, but something is holding Levi back from sealing their searing emotional connection. Something that could destroy their love once and for all… Warning: This book contains angst, torment, sarcasm, humour, scorching m/m sex, searing m/f sex and explosive m/m/f sex. And a memory of a horrific past that may disturb some readers.