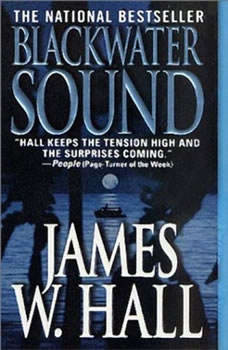 The Braswell family had everything people would kill for: money, looks, power. But their eldest son, the family's shining light, died in a bizarre fishing accident. And when he disappeared—hauled into the depths by the giant marlin he had been fighting—he took with him a secret so corrupt that it could destroy the Braswells.Ten years later, a huge airliner crashes in the steamy shallows off the Florida coast, killing all aboard. Helping pull bodies from the water, Thorn finds himself drawn into a bizarre conspiracy: someone has developed a high tech weapon capable of destroying electrical systems in a powerful flash. The terrorist potential is huge. How are the secretive Braswells and their family-owned company, MicroDyne, involved? And what does it have to do with the family's obsessive hunt for the great marlin that killed their golden boy? With the Braswells, James W. Hall introduces one of the most evil and dysfunctional families in the history of fiction. And, along with Thorn, he brings back favorite characters from his earlier books, including Alexandra Rafferty and her father, Lawton Collins, a retired and increasingly dotty former police investigator whose methods of investigation result in his kidnapping. A story that bristles with all the heat and tension of a tropical Florida summer, Blackwater Sound is destined to rank among the greatest suspense thrillers of the new decade.