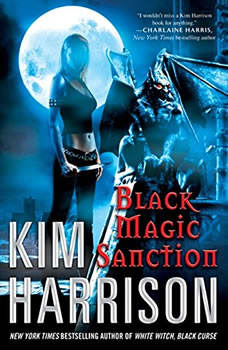 “I wouldn’t miss a Kim Harrison book for anything.”—Charlaine Harris, author of the Sookie Stackhouse novels Black Magic Sanction is the most complex and emotionally charged adventure yet in author Kim Harrison’s New York Times bestselling series featuring bounty hunter-witch Rachel Morgan.  A spellbinding story set once again Cleveland’s vampire, demon, and other supernatural beings-infested Hollows, Black Magic Sanction has the intrepid Rachel trapped in a life-or-death battle against her own kind in a sensational urban fantasy that shows why Kim Harrison deservedly stands in the superstar ranks alongside Charlaine Harris, Jim Butcher, and Laurell K. Hamilton.

this book was published in 2010, not 2011.But i have read this series including this book and loved it.I cant wait for pale demon to come out!