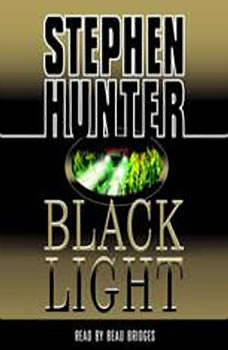 Only one thing stands between a son and his father's killer: forty years of lies. . .

On a remote Arizona ranch, a man who has known loss, fear, and war weeps for the first time since he was a child.  His tears are for the father taken from him four decades before in a deadly shoot-out.  And his grief will lead him back to the place where he was born, where his father died, and where a brutal conspiracy is about to explode.

For Bob Lee Swagger, the world changed on that hot day in Blue Eye, Arkansas, when two local boys rode armed and wild in a '55 Fairlane convertible. Swagger's father, Earl, a state trooper, was investigating the brutal murder of a young woman that day.  By midnight Earl Swagger lay dead in a deserted cornfield.

Now Bob Lee wants answers.  He wants to know the truth behind the shoot -out that took his father's life, a mystery buried in forty years of lies.  Because for Bob Lee Swagger, the killing didn't end that day in Blue Eye, Arkansas. The killing had just begun . . .

Weaving together characters from his national bestsellers Point of Impact and Dirty White Boys, Stephen Hunter's gripping thriller builds to an exhilarating climax—and an explosion of gunfire that blasts open the secrets of two generations.

“Put on your seat belt—Black Light is a wild ride you won't forget.”—The Chicago Tribune

“Nobody writes action better than Stephen Hunter and Black Light is one of his best. . . [The] action scenes play like a movie, the plot is intriguing and the writing is top-notch.”—Phillip Margolin

“Only a handful of writers today can match Hunter for imagination and the ability to make a reader's adrenaline rush.”—New York Daily News

“Filled with detail, clever plotting, suspense, and a hunt to the death that leaves the reader dry-mouthed with tension. Hunter knows his guns, and he writes about them with a precision that holds the attention of even a fervent anti-gun supporter.”—The Orlando Sentinel

“One of the most skilled hands in the thriller business. The plot is fast-paced, well-constructed and builds to a pulse-pounding night ambush. . . . It should seal his reputation as an author who not only can write bestselling thrillers, but write them exceedingly well.”—Publishers Weekly