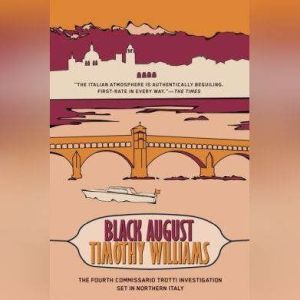 The fourth book in Timothy Williams's critically acclaimed Commissario Trotti series, originally published in the 1980s. When a brutally battered corpse with a disfigured face turns out to be an old friend of Commissario Trotti's, he joins the manhunt, despite objections from his superiors. In 2011, Timothy Williams was selected by the UK's Observer as one of the top 10 modern European crime novelists because of his work on this long out-of-print series, which Soho is excited to bring back into print in this attractive new package. Commissario Trotti of Italy's Polizia di Stato is called to the scene of a brutal murder. Despite the badly disfigured face on the corpse, Trotti recognizes it as schoolteacher Rosanna Belloni, an old friend of . His superiors warn him off the case, but Trotti is determined to hunt down the killer. First he must find Rosanna's missing sister, a known drug addict. But the deeper he digs, the more questions he is forced to ask himself. Is a recent, unexplained suicide in the River Po connected with the murder? Where does the discovery of a car dredged up from the Delta fit in? Faced with a seemingly unsolvable mystery, Trotti must also grapple with obstructive colleagues and the problems arising in his private life. With its brilliantly realized Italian setting, subtle plotting and fine characterization, Black August is a must-have addition to Timothy Williams's critically acclaimed Trotti series.