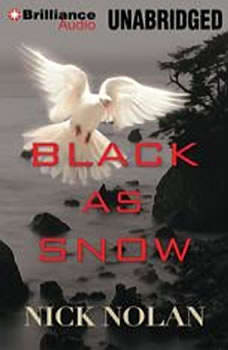 Sebastian Black is a god amongst men: he’s devastatingly handsome and charismatic—and telepathic. So when his scheming mother, prophetess Kitty Black, announces that her son is the “next species of man,” the world begins taking notice. Together, Kitty and Sebastian forge a spiritual movement that celebrates “divine evolution” while warning of a mass extinction. But just as their fame and wealth are building, a tragedy befalls one of Sebastian’s disciples, and threats from Christian militants become too real to ignore. Sebastian flees Los Angeles—and his mother—in search of peace and freedom. One by one he encounters “common” people who astonish him with their uncomplicated stories of love and compassion: an aging lesbian couple; a Mexican handyman; a shy, anorexic woman; a recovering meth addict; a gay teenager; and an unthinking college jock. Surprisingly, each has a profound effect upon this arrogant young “messiah.” As Sebastian drifts further away from Kitty, she becomes more determined to preserve their celebrity status and glittering lifestyle. She sets out to reel Sebastian back to her—even if it means conspiring with his enemies, in particular a dashing young Spaniard who darkly mirrors Sebastian’s supernatural talents and good looks. But not even the telepathic Sebastian can foresee what happens next. From the sleek penthouses of Century City to the savage coastline of Big Sur, Black as Snow twists the beloved fairy tale of Snow White into a suspense-filled story of intrigue, spirituality, and greed…and the unstoppable power of everyday love.