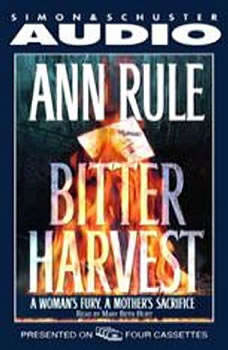 On the night of October 23/24, 1995 in Prairie Village, Kansas, a fierce, wind-driven fire devastated the luxurious mansion of Dr. Debora Green and her husband, Dr. Michael Farrar. Trapped and burned to death in the flames were twelve-year-old Tim and his six-year-old sister Kelly. Lissa, ten, was barely able to leap to safety from the garage roof into the arms of her mother, who was standing outside the house. When Michael Farrar returned to the scene, he had lost more than his children and his home. His entire life was in ruins.The fire was the climactic event of Michael and Debora's lives. Until that summer, they seemed to have it all -- a happy marriage, successful medical practices, three bright and beautiful children. Then they went on a trip to Peru with their son. There, they met attractive, blonde Celeste Walker, whose husband, John was also a successful doctor. But after that trip, nothing was the same again for either couple, and all the dark hidden places in Debora and Michael's marriage bubbled to the surface in a series of almost unbelievable horrors.Bitter Harvest is the chronicle of this tragedy in the heartland of America, the true story of the disintegration of a marriage and its horrifying consequences. Rule takes us deep in the psyche of a killer whose behavior was so twisted and so evil that it defies belief. Gripping, powerful, and ultimately terrifying, Bitter Harvest is a vivid recreation of an unthinkable crime -- and a depiction of the unimagined depths of a darkness within the human spirit.Copyright &copy; 1998 Ann Rule. All Rights ReservedPerformance copyright 1998 by Simon &amp; Schuster Inc. All Rights Reserved