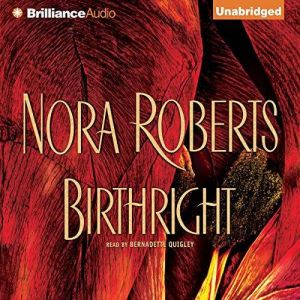 On a hot July afternoon, a worker at an Antietam Creek construction site drives the blade of his backhoe into a layer of soil — and strikes a 5,000-year-old human skull. The discovery draws plenty of attention and a lot of controversy. It also changes the life of one woman in ways she never expected... As an archaeologist, Callie Dunbrook knows a lot about the past. But her own past is about to be called into question. Recruited for her expertise on the Antietam Creek dig, she encounters danger — as a cloud of death and misfortune hangs over the project, and rumors fly that the site is cursed. She finds a passion that feels equally dangerous, as she joins forces in her work with her irritating, but irresistible, ex-husband, Jake. And when a strange woman approaches her, claiming to know a secret about Callie’s privileged Boston childhood, some startling and unsettling questions are raised about her very identity. Searching for answers, trying to rebuild, Callie finds that there are deceptions and sorrows that refuse to stay buried. And as she struggles to put the pieces back together, she discovers that the healing process comes with consequences — and that there are people who will do anything to make sure the truth is never revealed.

The quality of the plot in both plausibility and construction was superb, as was character development and the integration of the characters with one another. The backdrop for the story was interresting and creative and allowed for a complex plot with plenty of room for some very interresting characters and sub-plots. The quality of the ending, in the context of plausibility and credible development, especially when compared to the rest of the book was a real let down. Reading this book was like having a wonderful multicourse meal at a 4 star resturant, only to have the desert wind up being lime jello in a paper cup with a plastic spoon.

I love the way Nora Roberts varies the chartacters and their occupations - this one is an archeologist and her research always shows in her stories. This was a great read!

I soooooooo loved this book! It was so touching. I laughed and cried. Nora is the best!