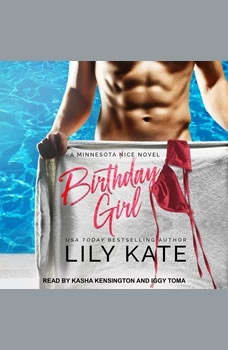 Good things come in extra-large, smoking hot birthday suits. Things like Cohen James. Bad boy Cohen James has screwed up yet again. Star forward of Minnesota's pro hockey team, Cohen's made a name for himself—and not in a good way. So, at the insistence of his agent, he's stuck volunteering at the local YMCA teaching introductory adult swim lessons for ten weeks. Ten weeks of torture. What he doesn't expect is her. Annie Plymouth, star pupil. Her ruffled green bathing suit might be the most ridiculous thing he's ever seen, but after a few heated breaststroke lessons and some intense mouth to mouth, Cohen's ready to get her out of the water and into her birthday suit . . . except she has a different game plan. Is the pair destined to sink . . . or can they swim? Contains mature themes.