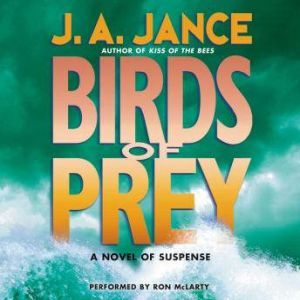 A survivor of childhood trauma, two marriages, twenty hard years with the Seattle P.D. and the bottle, Jonas Piedmont Beaumont has spent far too much time trolling the darker waters of human nature. In the wake of a devastating professional tragedy, he has decided, at long last, to pull the pin. But there is no safety in semi-retirement for a man who, long ago, chose to make a violent world his home.Temporarily at leisure, Beau has agreed to chaperon his newlywed grandmother on her honeymoon cruise to the Gulf of Alaska. But Beau's brief idyll is abruptly shaken when a security videotape shows a passenger taking a fatal fall overboard. Like it or not, the burden of investigating a heinous crime is once again on his shoulders. Adrift a thousand miles from home, J.P. Beaumont has suddenly found himself submerged in a terrifying conspiracy that, if allowed to proceed unchecked, could have disastrous consequences, not only for Beau and his shipmates, but for the future of the world they all hope to return to.