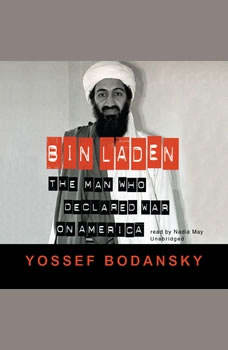 Bin Laden: The Man Who Declared War on America

Who is Osama bin Laden—the only terrorist leader ever to have declared a holy war? What drives him and his followers to hate the Western civilization that has armed them? Bin Laden’s name has been linked to a number of incidents that have cost Americans their lives, most conspicuously, the catastrophic assaults on the World Trade Center and the Pentagon. In this comprehensive account of the rise of bin Laden, world-renowned terrorism expert Yossef Bodansky uncovers the events in bin Laden’s life that turned a once-promising engineering student into a cold-blooded leader of radical Islam. It is a chilling story that is as current as today’s headlines and as ancient as the Crusades, a story that transcends bin Laden and any other single man.