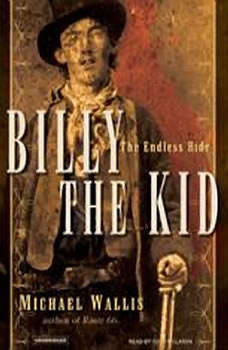 Billy the Kid: The Endless Ride

From the bestselling author of Route 66 comes this long-awaited biography of one of America's most legendary folk heroes. Award-winning historian Michael Wallis has spent several years re-creating the rich, anecdotal saga of Billy the Kid (1859-1881), a deeply mythologized young man who became a legend in his own time and yet remains an enigma to this day. With the Gilded Age in full swing and the Industrial Revolution reshaping the American landscape, "the Kid," who was gunned down by Sheriff Pat Garrett in the New Mexico Territory at the age of twenty-one, became a new breed of celebrity outlaw. He arose amid the mystery and myth of the swiftly vanishing frontier and, sensationalized beyond recognition by the tabloids and dime-store romances of the day, emerged as one of the most enduring icons of the American West—not to mention one of Hollywood's most misrepresented characters. This new biography separates myth from reality and presents an unforgettable portrait of this brief and violent life.