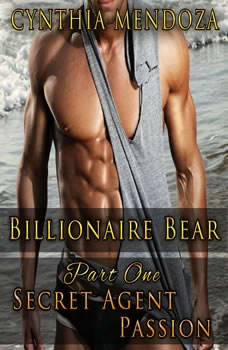 A secret agent vacation to Italy gone wrong... Part 1 to an exhilarating 4 Part Series...listen to the Prologue first to catch up on all the action! After learning that she was literally sleeping with the enemy, Blair Eubanks has a choice to make. Her first instinct is to report Alexei and his activities to her boss at the CIA, but when that falls through, she's forced to try and find proof. Of course, nothing is as easy as that. Blair will come face-to-face with the monster hiding beneath the sexy exterior of her suitor. And when she's forced to defend herself - and him - against the Italian werebears, things get even more complicated. There's nothing more alpha than a powerful Russian billionaire bear shifter. Are you ready to try something a little more "alpha" than you're used to? Don't worry, I won't tell a soul. ;-) Grab your copy today!